Once upon a time, record labels released prospective hit songs as singles on 45-rpm vinyl. On the A-side was the hit, and the B-side, not a hit – often a throwaway track from the concurrent album. This show is about great songs that were never hits, but maybe should’ve been.

NEVER TRUST AN ALLIGATOR IN AN EASTER BONNET / 2016

A Tribute to Lovers and Liars

A musical tribute to some of the great storytelling songwriters of the 60’s and 70’s including James Taylor, Joni Mitchell and Carole King.

Someday is a musical tribute to dreams, procrastinations and those of use who indulge. Through music and visual story-telling, Annie Moscow highlights the many reasons to live your dreams today.

“Erma Bombeck once said, if she had to do it all over again, she would’ve burned the pink candle shaped like a rose before it melted in storage.”

“Have you heard those radio commercials where there’s a little kid saying all kinds of genius stuff like “the square root of 7 plus 57 equals…..” and then this voice-over comes on and says, “Are you ready for kids who eat healthy?” implying that if your kid eats healthy, they will grow up to be a rocket scientist.

When I was a little kid, we ate a lot of candy.

My best friend told me that when she grew up, she was going to be a tiger. Even when I was 5, I didn’t think you could grow up to become a tiger, but for a few years there after that, I wasn’t so sure.”

“My friend just celebrated a milestone birthday. She just turned 60. Birthdays are a time of renewal, almost like a new year, where you step back, take stock of where you’ve been, where you’re going. At age 60, she’s looking back, a bit sobered by the years, and is making some real decisions about what she’s going to do now.

She’s going to run away with the gypsies. And I’ve decided to join her.” 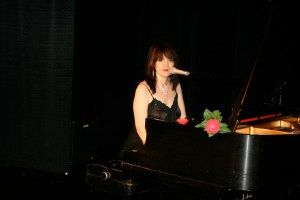 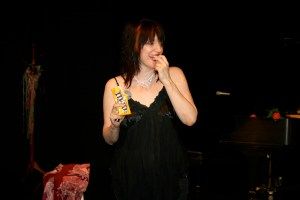 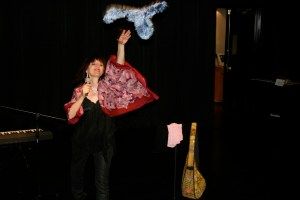